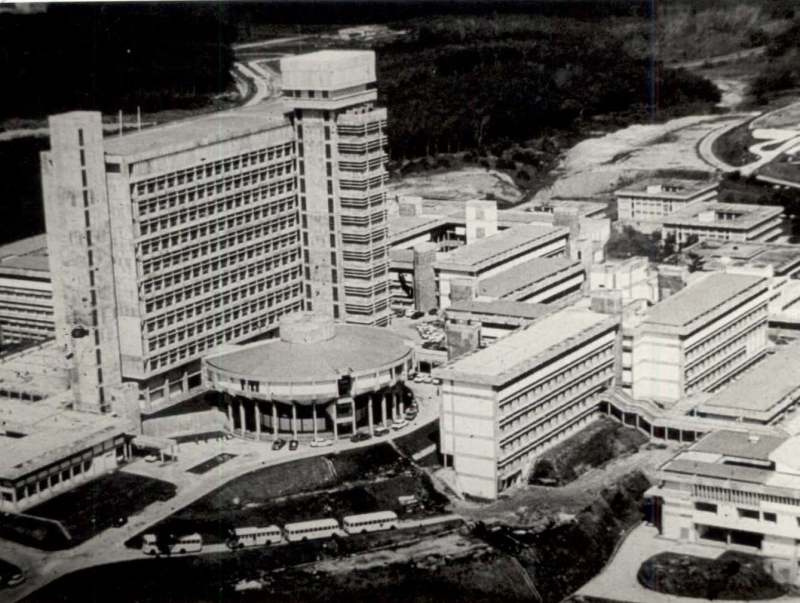 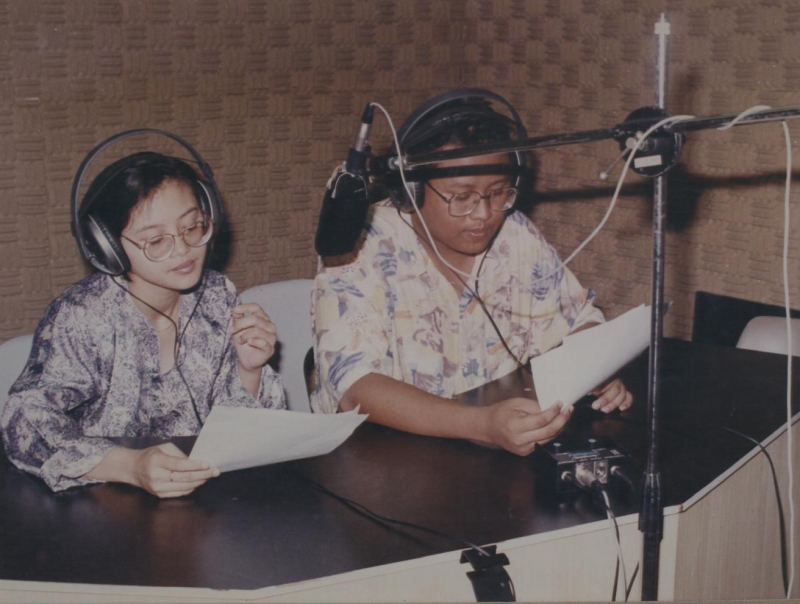 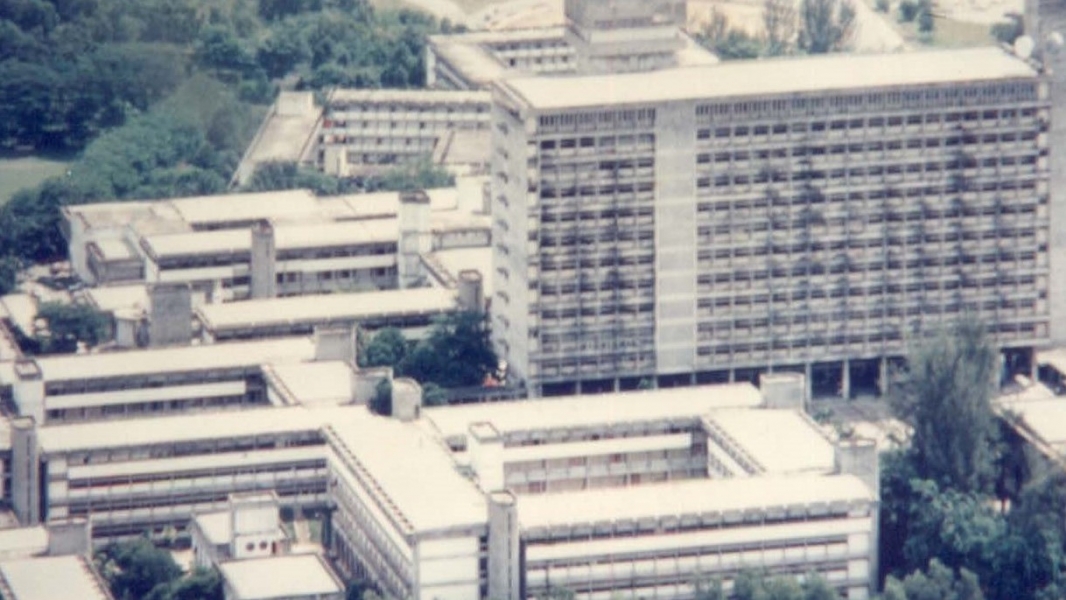 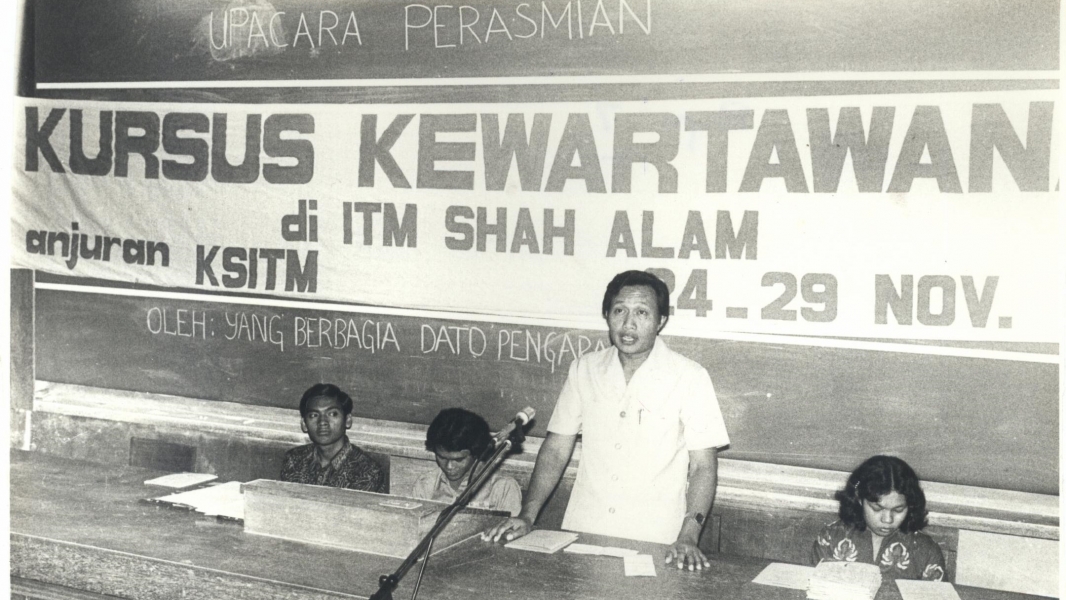 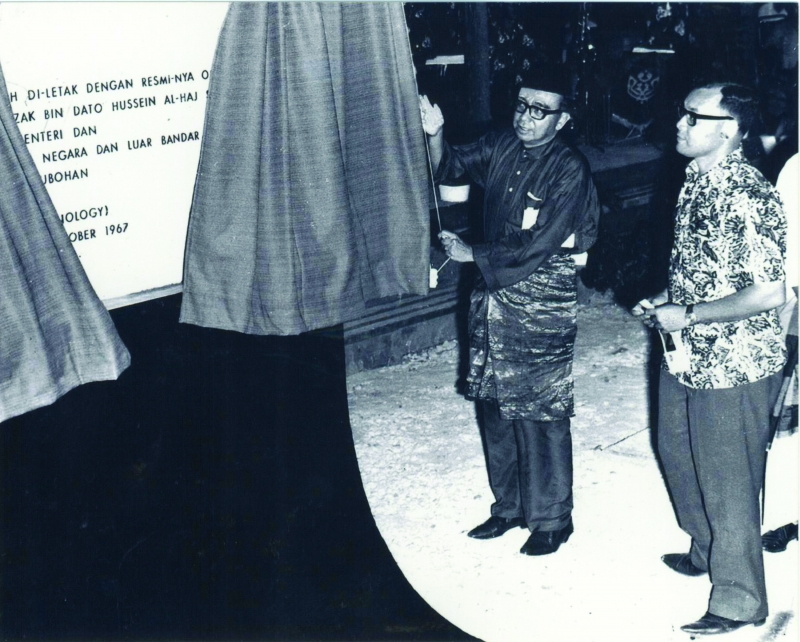 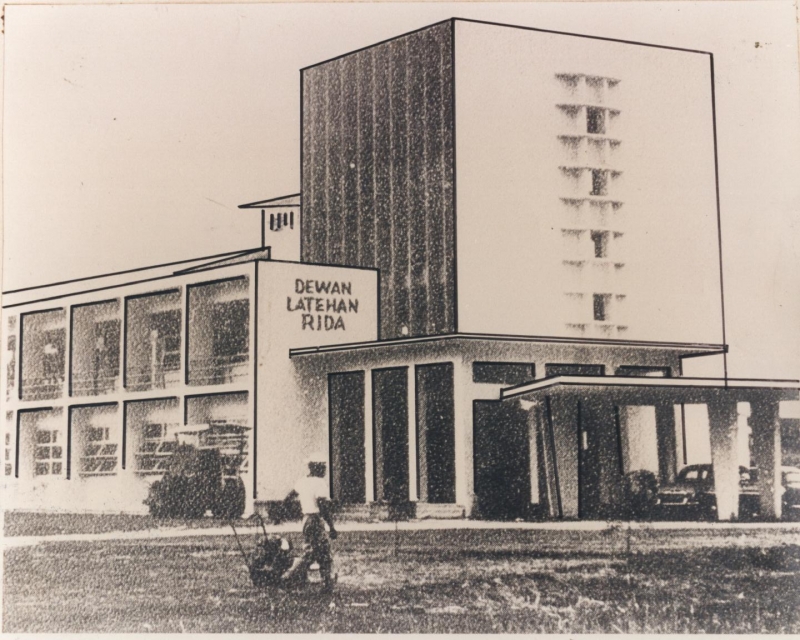 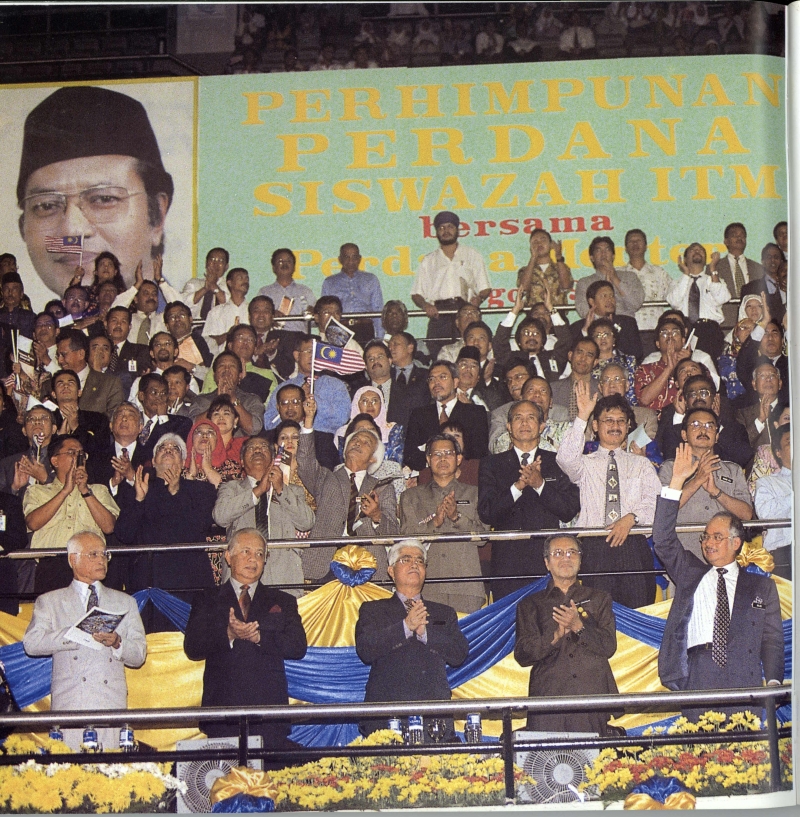 On June 23, 1970, the Director of Institut Teknologi MARA at the time, visited Ohio University in Athens, Ohio, USA. Tan Sri Arshad Ayub, who for some years had been considering the possibility of establishing a communication programme in ITM, expressed his interest in seeing Ohio University’s College of Communication and its School of Journalism, which was one of the largest and most highly reputed in the United States. Conversations were held with Dean and Director John R. Wilhelm and Associate Professor Ralph E. Kliesch regarding a higher education for journalism in Malaysia and the possibility of consultative assistance from Ohio University in planning such a programme.

Facilitated by a sabbatical leave from Ohio University and the good offices of ITM, Assoc. Professor Kliesch arrived in Malaysia on July 30, 1970, for four months to conduct a “feasibility study” for a communication programme at ITM.

More than three-fourths of that period was spent in intensive investigation into local conditions relevant to such a programme and evaluation thereof. The investigation included formal discussions with three dozen individuals representing the Malaysian government; mass media, higher education and private sector. In addition, informal contacts ranging from brief, unplanned chats to conversations of some length, were made with nearly as many other individuals relevant to the project at hand. These “target of opportunity” include nationals of perhaps a dozen countries and ranged from officers of the South East Asia Centre to mass media educators from other Asian countries to the Malaysian Minister of Information himself.

In addition, there has been extensive contact with administrative and academic staff of ITM, from Director Arshad on down, who cordially support the proposed program and who sought to be helpful as possible. By November 19, 1970, Professor Kliesch submitted a report providing guidelines for the establishment of what was to be designated as the School of Mass Communication in ITM.

In an academic disciplinary meeting on Tuesday, June 8, 1972 at 2.30 p.m. in the Registrar’s Room at Jalan Othman, Petaling Jaya, the School of Mass Communication came into effect. Before that, in an ITM Board of Studies meeting on Friday June 9, 1972 at 9.20 a.m. in the Meeting Room in Jabatan Perpaduan Negara, Jabatan Perdana Menteri, Kuala Lumpur with Tan Sri Mohd Ghazali Shafie as the Chairman, the Board agreed in principle to the establishment of the School of Mass Communication. This process had been a long time coming. ITM had been advocating the teaching of journalism as far back as the mid-1960s. On February 3, 1968, the local press (Utusan Melayu and Berita Harian) carried news stories of ITM’s consideration of such a programme. 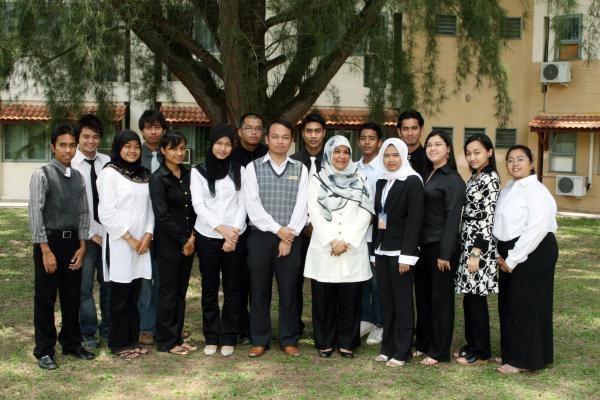 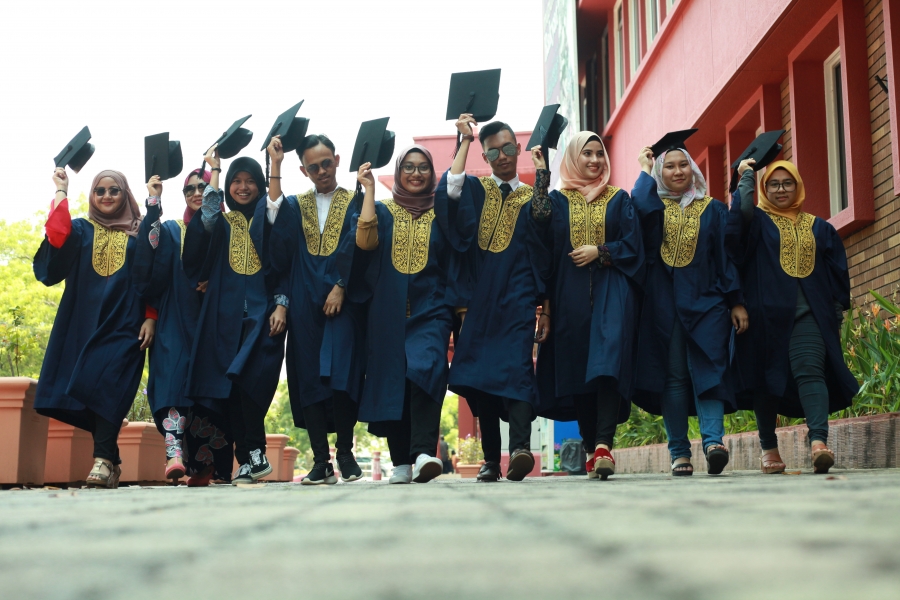 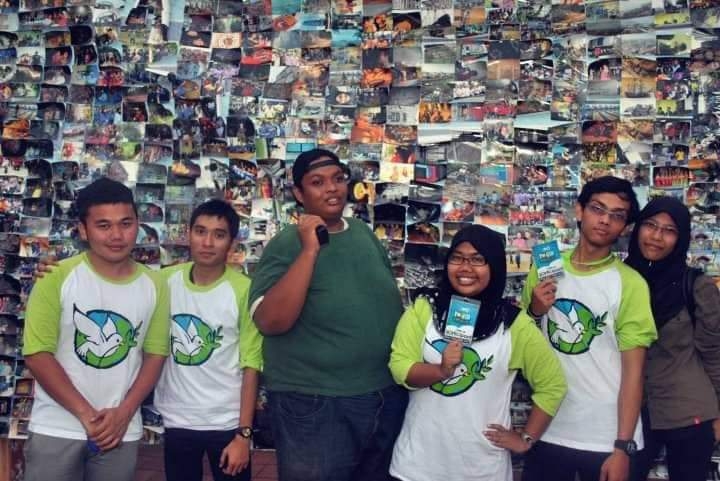 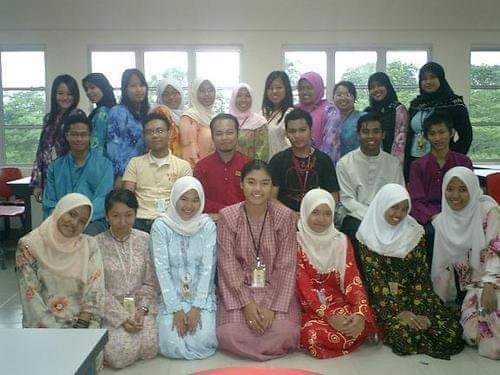 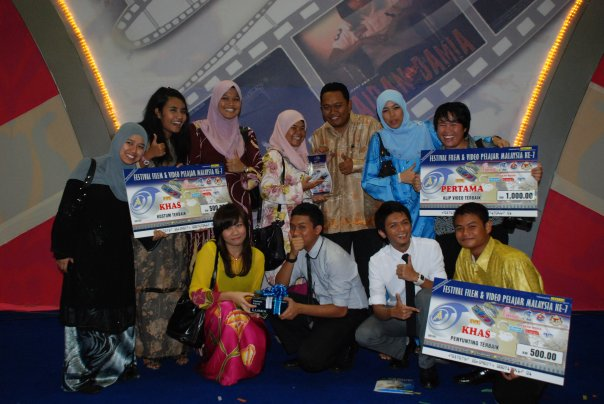 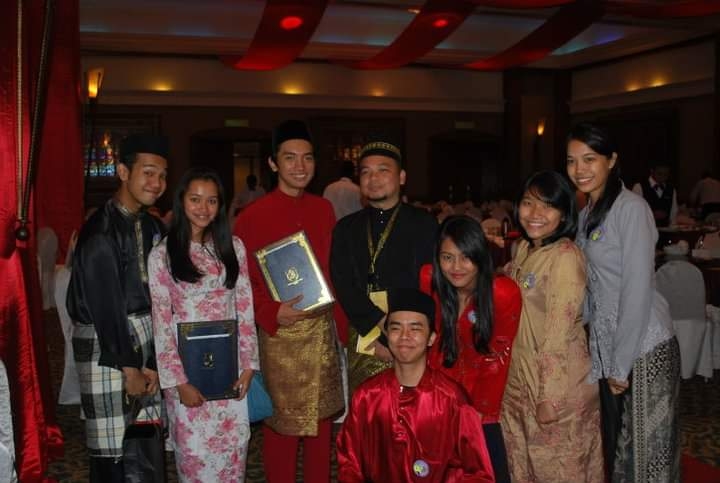 The Diploma in Communication and Media (MC110) programme is offered as a preparatory platform for students who are interested in the fields of studies related to journalism, public relations, broadcasting, advertising, production, interpersonal communication, policy management and instructional communication in UiTM Shah Alam.

The journey of MC110 began in year 1999 in Shah Alam campus before it was offered in Arau campus (2002-2004) and later offered in Puncak Perdana campus (2004-2006) and finally in Melaka campus starting June 2006. In the first semester of MC110 in Melaka campus, about 300 students enrolled into the programme where they were divided into 10 groups of 30 students respectively. There were only three lecturers in the programme at that time namely Puan Noraini Yusof as the Programme Coordinator, assisted by two young lecturers, Encik Abdul Rauf Hj Ridzuan and Puan Raha Radzi. It is undeniable that there have been challenges and obstacles in ensuring the sustainability of this programme here and eventually, it can be clearly seen that this programme has been offered here for more than 10 years now and series of awards and successful achievements have been accomplished.

To date, it is estimated that FKPM UiTM Melaka has about 4000 alumni members of MC110 in various mass media industries and the number of lecturers in FKPM has increased to 21 from various areas of expertise aligned with the current number of students which is 800. In addition, numerous alumni members from the programme have succeeded in various industries including being lecturers in the faculty after completing the Master’s Degrees.

The Diploma in New Media Communication and Entrepreneurship Content (MC111) was first introduced in December 2013 with a collaboration with the Multimedia Development Corporation Malaysia. This academic programme is developed as a product of the faculty’s strategic planning unit since 2009 in realizing the university’s mission in producing new programmes aligned with the current needs.

MC111 is a combination of animation, games and web sites where it focuses on catering today’s industrial needs in terms of developing talents, skills, knowledge and contents of the current media. This also shows that FKPM is able to proudly offer two different programmes aligned with its reputations.

Due to its success in this historical state of Melaka, FKPM is given another honour to conduct the Bachelor’s Degree of Mass Communication in Public Relations (MC242). It’s first intake was commenced in October 2015 with the enrolment of 21 students.

In accordance with the aim of educating and training students to become a changing agent of Bumiputras in the media industry, the faculty’s vision is to become an excellent academic institution in communication and media as well as to provide a convenient surrounding for the excellence of teaching, learning and research